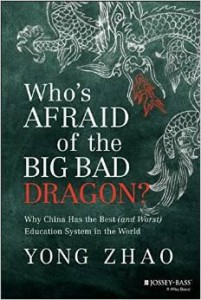 Who’s Afraid of the Big Bad Dragon? By award-winning writer Yong Zhao offers an entertaining, provocative insider’s account of the Chinese school system, revealing the secrets that make it both “the best and worst” in the world. Born and raised in China’s Sichuan province and a teacher in China for many years, Zhao has a unique perspective on Chinese culture and education. He explains in vivid detail how China turns out the world’s highest-achieving students in reading, math, and science—yet by all accounts Chinese educators, parents, and political leaders hate the system and long to send their kids to western schools. Filled with fascinating stories and compelling data, Who’s Afraid of the Big Bad Dragon, offers a nuanced and sobering tour of education in China. 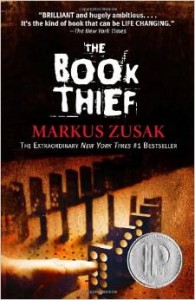 The extraordinary #1 New York Times bestseller that is now a major motion picture, Markus Zusak’s unforgettable story is about the ability of books to feed the soul.  It is 1939. Nazi Germany. The country is holding its breath. Death has never been busier, and will become busier still. Liesel Meminger is a foster girl living outside of Munich, who scratches out a meager existence for herself by stealing when she encounters something she can’t resist–books. With the help of her accordion-playing foster father, she learns to read and shares her stolen books with her neighbors during bombing raids as well as with the Jewish man hidden in her basement.  In superbly crafted writing that burns with intensity, award-winning author Markus Zusak, author of I Am the Messenger, has given us one of the most enduring stories of our time. 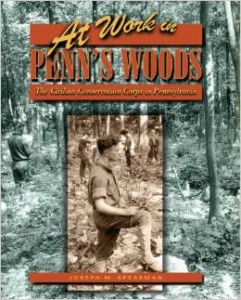 At Work in Penns Woods

The Civilian Conservation Corps was one of the most popular programs of President Franklin D. Roosevelt’s New Deal. Over the nine years of the program, from 1933 to 1942, over two and one-half million unemployed young men found work on conservation projects across Depression-stricken America. “Roosevelt’s Tree Army,” as the CCC men were sometimes called, planted billions of trees, fought forest fires, did historic preservation work, and constructed recreational facilities in state and national parks. At Work in Penn’s Woods offers a rich and compelling portrait of Pennsylvania’s CCC program. 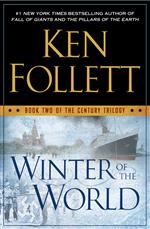 Winter of the World

Winter of the World picks up right where the first book left off, as its five interrelated families—American, German, Russian, English, and Welsh—enter a time of enormous social, political, and economic turmoil beginning with the rise of the Third Reich, through the Spanish Civil War and the great dramas of World War II, to the explosions of the American and Soviet atomic bombs and the beginning of the long Cold War. 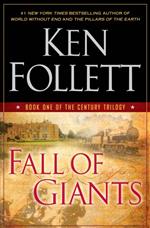 A thirteen-year-old Welsh boy enters a man’s world in the mining pits…An American law student rejected in love finds a surprising new career in Woodrow Wilson’s White House…A housekeeper for the aristocratic Fitzherberts takes a fateful step above her station, while Lady Maud Fitzherbert herself crosses deep into forbidden territory when she falls in love with a German spy. And two orphaned Russian brothers embark on radically different paths when their plan to emigrate to America falls afoul of war, conscription, and revolution.

From the dirt and danger of a coal mine to the glittering chandeliers of a palace, from the corridors of power to the bedrooms of the mighty, Fall of Giants takes us into the inextricably entangled fates of five families—and into a century that we thought we knew, but that now will never seem the same again. 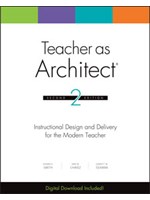 Co-authored by Shawn K. Smith, Ann M. Chavez and Garrett W. Seaman, this book takes readers on an engaging and enriching journey that defines highly-effective teaching and connects the isolated parts of instructional design and delivery into a coherent whole. Teacher as Architect, Second Edition, is a comprehensive guide for blended learning implementation as well as the integration of digital learning systems into classroom practice. The book provides educators at all levels with guidance for creating structures to organize, manage, store and collaborate with digital content and for discovering practical, useful tools for designing and delivering highly-effective instruction.

All the Light We Cannot See

From the highly acclaimed, multiple award-winning Anthony Doerr, the stunningly beautiful instant New York Times bestseller about a blind French girl and a German boy whose paths collide in occupied France as both try to survive the devastation of World War II.

Reclaiming Conversation: The Power of Talk in a Digital Age

by Tara Westover  (Author)
Born to survivalists in the mountains of Idaho, Tara Westover was seventeen the first time she set foot in a classroom. Her family was so isolated from mainstream society that there was no one to ensure the children received an education, and no one to intervene when one of Tara’s older brothers became violent. When another brother got himself into college, Tara decided to try a new kind of life. Her quest for knowledge transformed her, taking her over oceans and across continents, to Harvard and to Cambridge University. Only then would she wonder if she’d traveled too far, if there was still a way home.
Students